Interesting
You are at:Home»Articles»Free Capture One Scripts
By Alexander Svet on January 23, 2020 Articles

Today we’re discussing scripts in Capture One! I’ll share my scripts with you and will show you how to script if you have never coded anything before.

Disclaimer
At the moment, Capture One scripts are available for Mac OS only.

Why do I use Capture One scripts?

Capture One script is a piece of code written in the AppleScript language that runs a sequence of actions of your choice. Thus, you can easily automate multi-step operations to perform them in a single click.
For instance, I like to compare original and edited variants of an image shown on a screen: To do this, I need to create a new variant of an image, select it and edited variant, plus turn on multi-view mode to show them both on a screen.
Too many actions for such a simple task. That’s why I have created a script, which does all these in a single click!

My reader, Aleksey Gorshkov, has significantly enhanced the script, so now it works way faster and better.
You can download the script right here, free of charge! The script is compatible with Capture One 12 and 20.

Moreover, scripts in Capture One can be assigned to shortcuts!
Thus, you can perform a series of actions using a quick shortcut. To assign a script to a shortcut, do it the same way as for style shortcuts described here.

My second script is even simpler. I love to use styles on layers with different opacities. Usually, I use 50% opacity as a starter point of the editing, and thus I need to adjust layer opacity manually every time.
To automate this, I have written a script that creates a filled layer with 50% opacity. 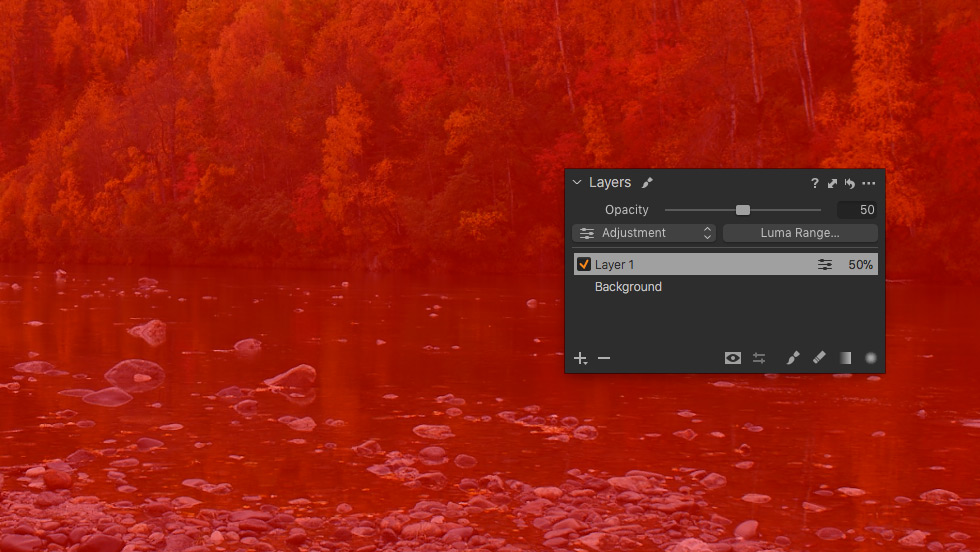 Now, the only thing I need to do is to apply a style to this layer!
You can also download this script for free right here.

Another exciting feature of scripts is mixing actions of different applications and system events. For instance, a script can command Finder to create new folders on your drive and Capture One to add these folders to the session’s Favorites. However, this requires a bit more advanced skills of scripting, so let’s leave it for some more detailed posts.

What you really need to know now is how to install scripts!

How to install scripts?

To install a script, you need to place a script file in Capture One Scripts Folder. Now, paste your script file in this folder. Finally, choose Update Scripts Menu to make your scripts appear in Capture One. This is it; the script is installed! However, lots of scripts that you find would have only a code of the script available, like so: In such a case, you need to compile this code into a script manually. Don’t worry; it’s pretty easy and would not require any coding skills from you.

All you need to do is to open the Script Editor app in the system utilities: Create a new document and paste your script code here: Now, save this script as a file.
Copy/paste this file to Capture One Scripts Folder, and you’re ready to use it!

Still, if you wish to modify some existing scripts, you need to understand what script code actually means. The good news is that the basic parameters of a script are pretty intuitive.
Let’s take a look at my layer script:

Even if you’re not familiar with coding at all, you can easily spot {opacity:50} parameter, which adjusts the opacity of a new layer.
Feel free to change it to 30, 60, or any other value from 0 to 100.

Save it as a new script, and you have just created your first script!

This simplicity of the code is one of the main features of AppleScript. It allows anyone to create or at least modify scripts, without coding skills.
Now, let’s see which free scripts are available for Capture One!

Free scripts for Capture One

First of all, there is a scripts section on Phase One forum where you’ll find many useful scripts and insights on scripting.
Especially, I would like to thank Eric Nepean, one of the most active users of the forum for awesome scripts he posted there.

Here are some of Eric’s scripts:

A script to add a layer with inverted mask
This Script copies adds a new layer, then copies the mask from the previous topmost adjustment layer to the new layer and inverts it.

AppleScript to find Offline Files
Capture One script to search a Catalog for Images with offline files.

Here you will find these scripts:

Apply Keywords
Apply keywords from the clipboard to all variants in the current collection.

Batch Rename Collection
Sorts the current collection by date (ascending), sets the rename counter to 1, and renames all variants.

Smart Album For Selection
Creates a smart album from the name of the selected album.

Also, on r+a site you’ll find several free scripts; my favorite is a script that copies names of all the selected files to a list. This is enormously useful when you need to send a list of filenames to your retoucher.

How to learn to script?

AppleScript is a pretty simple scripting language; still, it requires some time and effort to master it.
First of all, you need to understand all the basic principles and features of this language. Here I can recommend this book – Learn AppleScript: The Comprehensive Guide to Scripting and Automation on Mac OS X. 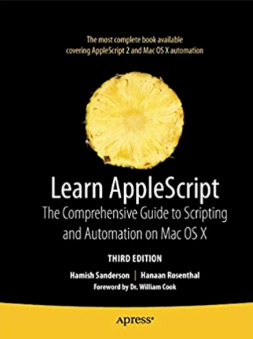 Even if you have no coding background, you could easily understand how AppleScript works.
After getting familiar with general concepts, I recommend you to start writing simple scripts for your Capture One tasks. Again, AppleScript is quite an intuitive language, so you just need to know some essential features to automate basic actions in Capture One.

Another thing I have found enormously useful is the Script Debugger app. You can write scripts using built-in Script Editor, but Script Debugger makes it way easier.
As you would learn, Capture One has its Scripting Dictionary – a document where you can find descriptions of all available commands for scripting. Script Debugger makes it much more convenient to read and understand Capture One Scripting Dictionary. This is particularly important at the beginning of mastering AppleScript, so I highly recommend you to start your learning with Script Debugger. It has a 20 day fully functional trial, and after this, it works in a “lite” mode, which is decent enough for basic scriptwriting.

Also, I’ve been looking for some nice video courses on AppleScript, but it seems that there are no such courses available.
“Real” programmers are not interested in AppleScript; it is too simple for them. On the other hand, the majority of photographers and other “creative” professionals are too scared of coding yet. That’s why it’s pretty difficult to find some learning courses and materials except for books.